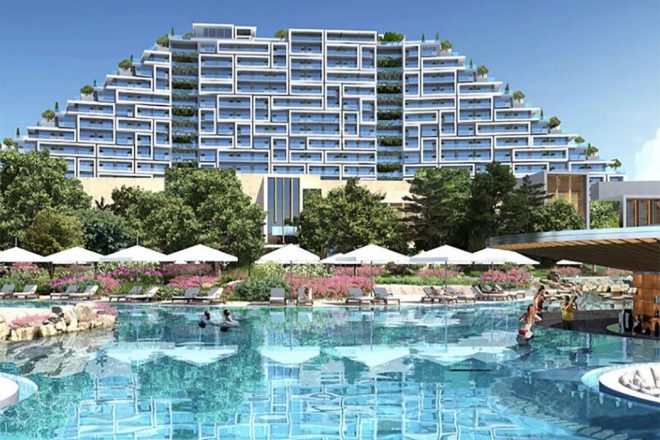 
Currently Europe’s largest casino resort is situated in Como, Italy called Casino di Campione. The iconic Italian casino is spread over an area of 590,000 square feet and has a total of 556 slot machines and table games and 3 bars and restaurants.

On Tuesday this week, Integrated Casino Resort Cyprus (ICR) announced that they have awarded the contract for the construction of Limassol’s ‘City of Dreams’ Mediterranean Integrated Casino Resort to a Greek conglomerate firm Avax – Terna JV. This will be bigger than the Campione. Work on this has already began as we speak and when completed, will be the biggest European integrated casino resort.

The project is enormous and is scheduled to be completed by 2021, ICR said. The total investment for the mammoth comes to around €550 million. The resort will be located in western Limassol, a city in the southern part of Cyprus. Cyprus is a Mediterranean island country located just south of Turkey and east of Greece.

The project features a 16-story hotel tower with 500 guest rooms including multi-bay suites with garden balconies, as well as an exposition centre. The plan also features an extensive ‘poolscape’ area with 4 large outdoor pools and amenities such as jacuzzis and a large children’s playground and MICE facilities (meetings, incentives, conferencing, exhibitions).

Avax Chairman Christos Joannou said, “City of Dreams Mediterranean is a large-scale project that will drastically change the entertainment and tourism industry of both Cyprus and Europe.” CEO of Melco, the company which will operate the IR when done, Lawrence Ho said, “The awarding of this contract marks the official beginning of the construction of City of Dreams Mediterranean and demonstrates our ongoing commitment to the project as well as to Cyprus.”

The firm who undertook the project also released a CGI video of the plan:

Keep reading GutshotMagazine.com for more such casino industry round-ups and for general poker news from around the world.