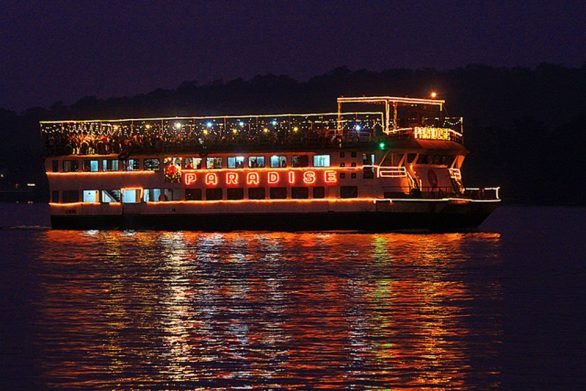 The cabinet approved 10 proposals on Friday and among those was the extension period proposal. This period was given to the off-shore casinos in order to relocate them to land, but before that, there needs to be a suitable land in place to relocate them to.

This move by the BJP-led Goa government was slammed by the opposition party of the state, Congress, yesterday. There has been a demand of these Mandovi casinos to be removed from the river from various sections of the Goan society.

Goa Congress spokesperson Sunil Kawthankar told reporters that granting extensions to offshore casinos was passed by the Cabinet with a note circulated among its members and no bilateral discussion was held for such a critical issue.

Kawthankar said, “The BJP came to power in 2012 with an assurance that it will move out casinos from the Mandovi river.” He even criticized current Goa CM Manohar Parrikar, who promised to remove casinos from Mandovi to land. He mentioned Parikkar leading the protests against casinos in 2012 which he failed to deliver on after he came to power.

Earlier, the Parrikar-led government gave casino extensions of 6 months on 30th September 2018 which was to expire on 31st March 2019, which is 20 days away. It had asked the offshore casino vessels to move out once they were provided alternate place to operate. The government had earlier identified a site at Aguada Bay, Zuari, Chapora and River Sal for shifting of these casinos but there was local opposition to the plan and was hence halted.

The present Goan government had earlier introduced tourism master plan which included relocating off-shore casinos to land and the plan even included setting up a special entertainment zone in the state for this purpose. Now, it remains to be seen whether the plan materializes anytime soon or not. Keep reading GutshotMagazine.com for more such news and for general casino industry news from around the world.