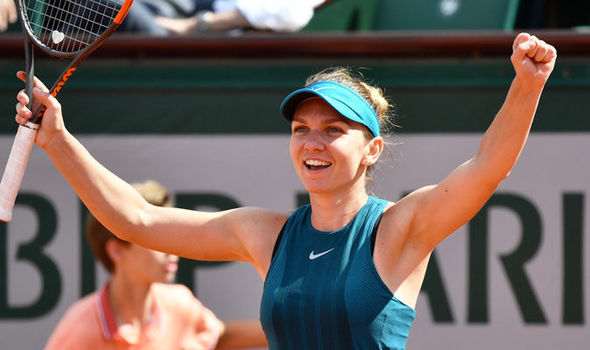 Competition Tightens at the 2018 French Open


Quite a few games were still to be completed yesterday at the 2018 French Open in Paris, as games were interrupted the previous day due to rain. One such game was a quarter final match up between Rafael Nadal and Argentina’s Diego Schwartzman, with Nadal shockingly losing the opening set.

However, he isn’t the ‘King of Clay’ and the world number 1 for no reason. He walked out yesterday and ran through the #11 seed Schwartzman, winning the next three sets 6-3, 6-2, 6-2 and booking a place in the semi-final against #5 seed Juan Martin del Potro and that will be an exciting game, with Nadal leading the head to head count, 9-5.

del Potro also did well in his quarter final game to overpower Marin Cilic in 4 sets. The other semi-final will take place between unseeded Italian Marco Cecchinato and #7 seed Dominic Thiem, which will be an important game for both the players, looking for a spot in their first grand slam final.

Cecchinato has never ever ran so deep in a grand slam in his career, while Thiem has also made only 2 semi-finals before, both in the previous two editions of the French Open and this being his third successive one. Our prediction is that he goes one step further this year to make his first ever final and end Cecchinato’s spirited run at the Roland Garros.

The women’s competition has also crossed the semi-final stage, with Sloane Stephens and Simona Halep all set to clash in the women’s final. Halep leads the head to head count 5-2 and this is her best chance to win a grand slam title which she has never done before, even though she is the world number one on the WTA rankings. Let’s not forget that Stephens on the other hand, won a grand slam title last year, and may do better in pressure situations.

Keep reading GutshotMagazine.com for daily updates on the 2018 French Open!