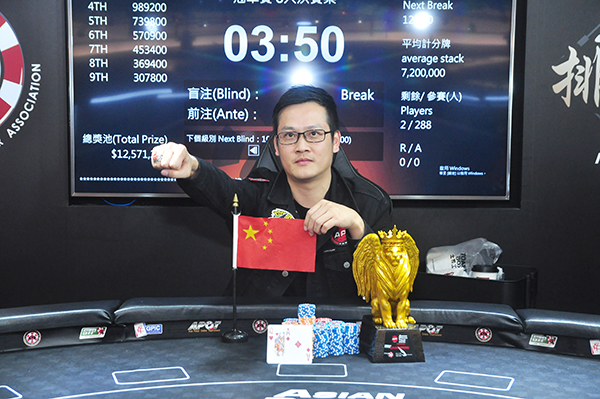 
One of the prestigious poker tours in the Asian region, Asian Poker Tour (APT) just successfully concluded its 2019 APT Taiwan at the CTP Club, Taipei, Taiwan. The series was inaugurated for the first time in Taiwan on 20th Feb and went into the books yesterday.

The APT Taiwan Championships Event was the last highlight event in the series, concluding yesterday. The player to ship the tournament was China’s Chen Dong who defeated Hong Kong’s Jennette Tan in heads-up to lift the Golden Lion APT Trophy, the APT Championship ring and TWD 2,955,000 (~INR 67.93 Lakhs) as first-place cash prize.

The APT Team had a short on-site interview with Dong in which he said that he was happy to ship the inaugural APT Taiwan, which is also his first time playing in APT. The event drew a total of 288 entries, a record field for the event and top 29 places were paid.

At the Final Table, an hour into the day, Jack Nai Yuan Hu was the first to get eliminated at 8th place by Dong’s set of Eights against Sixes. The next three eliminations that happened were all delivered by Taiwan’s Pete Yen Han Chen. Little later, UK’s Alex Lindop fell at 4th place, after some tough poker action.

Heads-up began with Dong having 2:1 chip lead against Tan. Despite being the big stack though, the battle ensured some tough back and forth. Applying pressure at the right spots, Dong amassed a wealth of chips and it became tough for Tan to comeback. Tan shoved her stack with Ah 3h, and Chen called with Ad Qh. The board ran 5s 9h 7d 2s Jc and it was all over for Tan. She exited at 2nd place with a cool TWD 1,970,100. 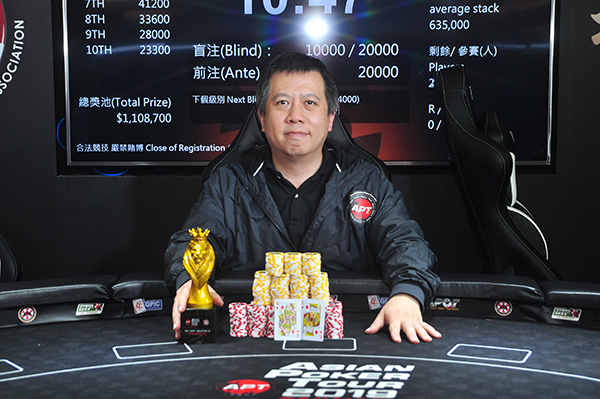 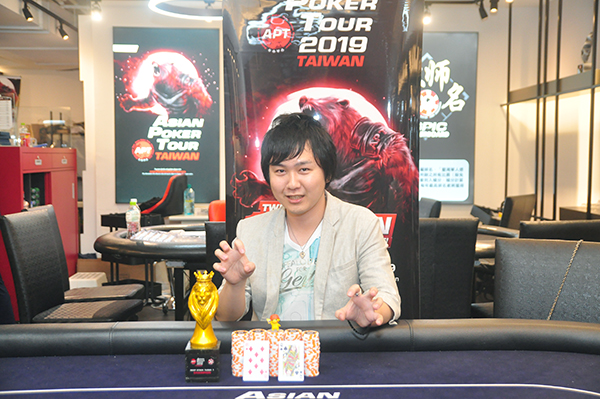 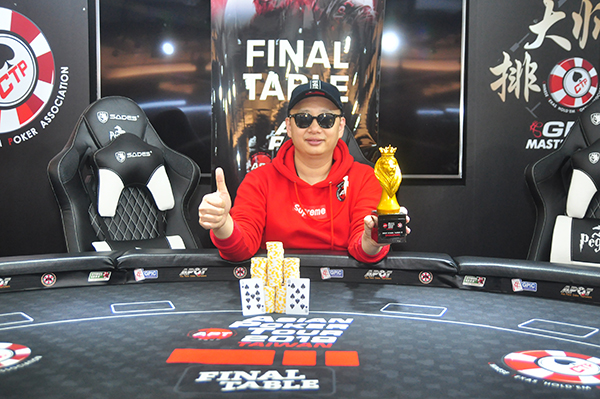 This event wasn’t in the schedule but was added as a special event. The buy-in was set at TWD 33k and a total of 11 players signed up for the tournament. 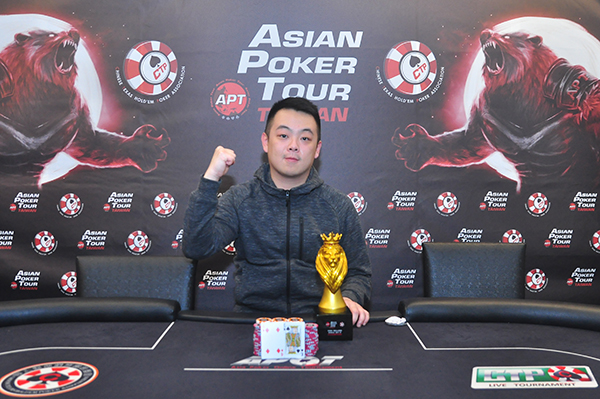 The prize pool came to TWD 320,100 and overcoming the field to ship the tournament was Eric Ting Yi Tsai who pocketed TWD 224,100 as first-place cash prize against Marvin Rettenmaier, the runner-up, who himself claimed a good second-place cash prize of TWD 96k.

With this, the 2019 APT Taiwan first stop is in books. This year will see APT going to Taiwan again soon. Stay tuned to GutshotMagazine.com for more updates like these and for general poker news from around the world.