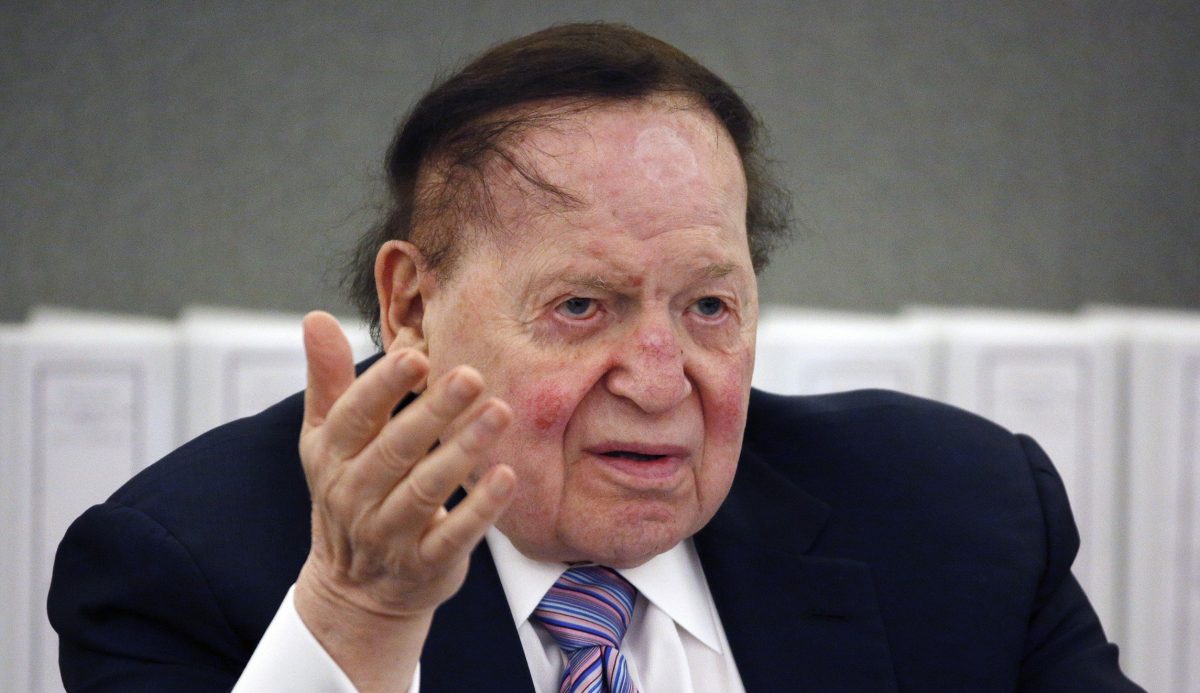 
Las Vegas casino magnate and one of Republican Party’s biggest campaign donors Sheldon Adelson is undergoing cancer treatment. Adelson, 85, is dealing with “side effects from medication he is taking for the treatment of Non-Hodgkin’s lymphoma,” spokesperson Ron Reese of Las Vegas Sands said in a statement. “These side effects have restricted his availability to travel or keep regular office hours,” he further added.

Reese further added that Adelson is still fulfilling his duties as the chairman and CEO of Las Vegas Sands and is expected to even resume work after he successfully completes his treatment. Adelson is a big name in the casino business worldwide. According to Forbes, he’s worth around $36 billion. He owns a string of casinos in Singapore, Macau and a few more around the globe.

Adelson was recently crowned as the most influential person in the asian gaming industry for the sixth consecutive year by IAG. This news of him undergoing cancer treatment first emerged at a court hearing last week. The court asked if Adelson could sit for the hearing to which James Jimmerson, one of Adelson’s attorneys said that his health was ‘dire’ and had not been in Sands corporate offices since Christmas.

Adelson, along with his wife Miriam, donated more than $122 million to Republican groups in the 2018 mid-term elections alone, according to a tally by Center for Responsive Politics, a nonpartisan election body.

Int 2016, the Adelsons emerged as one of the major financial supporters of Donald Trump’s campaign, donating $20 million to a pro-Trump committee. He was also the single largest contributor to Trump’s inaugural committee, giving $5 million.

Industry watchdogs say Adelson lobbied hard for the recent reversal of opinion on the Federal Wire Act by US Department of Justice (DoJ). Since he is a key investor and a major stakeholder in the land-based casino business, this DoJ reinterpretation suits him immensely, as now online gambling is also included in the Wire Act.

As of now, Adelson is being treated in the hospital and no details of his discharge have been revealed yet. Keep reading GutshotMagazine.com for more such stories and for general poker news from around the world.