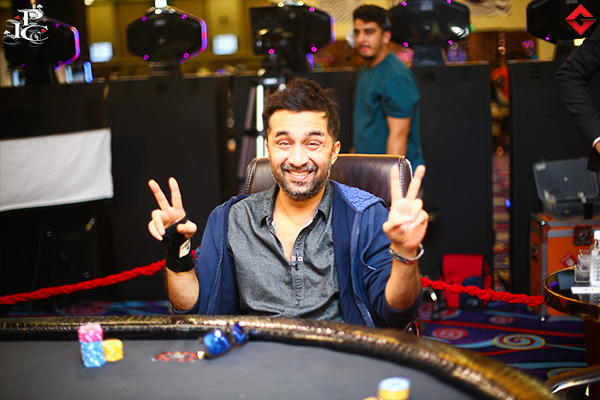 Bollywood actor and poker player Siddhanth Kapoor played with pocket sevens against Amit Bhansali’s Ax Tx. Preflop Kapoor bet 600 and Bhansali called. Flop (4h 9d 8h) was checked by both players. On the turn (2d), Kapoor who was on Gutshot Magazine’s June 2021 cover bet 3,000 in order to win the pot but got a call from his rival. River opened Qd and Kapoor again bet 4,000 which Bhansali called hoping to win Ace high. The Kapoor lad nailed the pot with his pocket sevens.