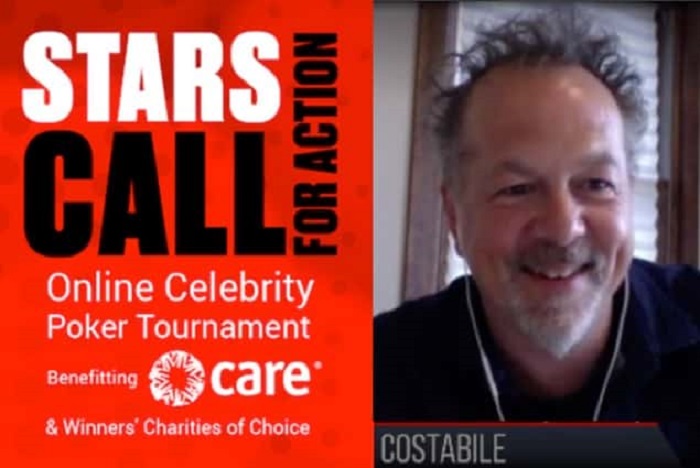 
Recently, poker enthusiast Hank Azaria and screenwriter Andy Bellin came up with a COVID Charity program which soon turned into a collaborative effort after approaching PokerStars who agreed to donate $1 million to support the families and individuals hit hard by the ongoing crisis. Pulling out A-list celebrities, the tournament took place on 9th May and Breaking Bad star David Costabile triumphed the Stars CALL for Action.

Celebrity and poker fans tuned on to the live action via Twitch, Facebook, and YouTube. In order to make it even more interesting, commentators James Hartigan and Lex Veldhuis hosted the event. The star-studded field included Friends stars Lisa Kudrow and David Schwimmer, footballers Neymar Jr, Wayne Bridge, actors like Edward Norton and Macaulay Culkin and so on.

Thank you to our host @HankAzaria, and to all the stars who helped raise so much money. ⭐🙏
You can still donate by visiting https://t.co/vOa6EmsHDx 🙂
Thanks for watching. #StarsRaising pic.twitter.com/vedy7uvXcE

PokerStars donated $1 million to the prize pool half of which went to Care International and the rest of it distributed to charities and will be administered by Entertainment Industry Foundation (EIF), a Charity Navigator Four-Star Charity that meets all 20 BBB Charity Standards.

And just like that, it's all over. 😲
Congrats to David Costabile and @douglascosta, who won $100K and $75K for their chosen charities. 💰👏#StarsRaising pic.twitter.com/jmWrThpjyz

The tournament was played out in phases in a series of 6-max shootout tables. A total of 23 winners were joined by six regular players. These players joined their way via an invite-only player tournament, comprising of Nick “OP-Poker Nick” Walsh, “pienososas,” Arlie “Prince Pablo” Shaban, “Raksha26,” “Supafuz,” and Felix “xflixx” Schneiders. Celebrities finishing in second position were invited to a special Second Chance tournament which was won by Wayne Bridge who was awarded $50,000 to donate to the charity.

For more such information on poker industry, keep reading and stay tuned to GutshotMagazine.com.