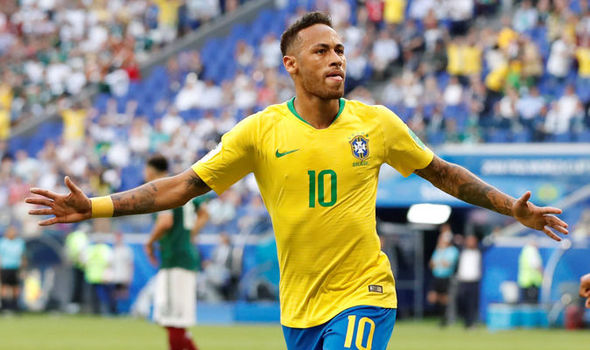 
There was never a doubt about who started as favourite in the Round of 16 game between Brazil and Mexico. There was a lot of talk about Mexico being the giant killers (earlier beating Germany 1-0) and that a lot of the major teams being knocked out like Germany, Argentina, Portugal, Spain and others.

However, Brazil was not going to add themselves to that list. They took on Mexico and made a number of chances to score through the first half. The Mexican defence was good, and the teams went into half-time 0-0, but we knew that goals were on their ways as the 2018 FIFA World Cup has only seen one goalless draw so far.

Star Brazilian striker Neymar Jr. was creating most of the chances and it took him a little over 5 minutes in the second half to breach the Mexican defence and take Brazil 1-0 up in this important game. Mexico then tried hard to get back into the game, but Roberto Firmino scored late in the 88th minute, making a Brazilian win certain.

They were ahead 2-0 at full time and this became Brazil’s seventh successive entry into a World Cup quarter final while Mexico got eliminated for the seventh consecutive time at this stage of the World Cup. It was a good all-round performance by the men in yellow and they are certainly a team to watch out for in this tournament.

Keep reading GutshotMagazine.com for a daily roundup of 2018 FIFA World Cup in Russia.