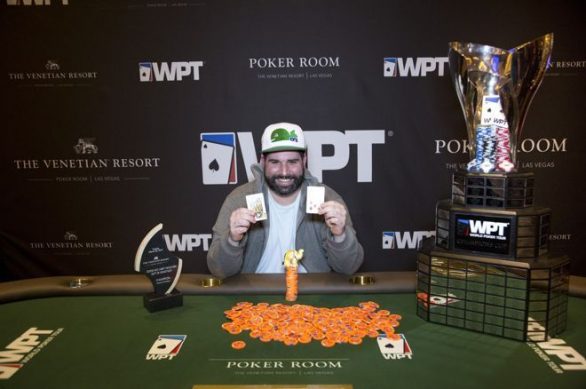 
The World Poker Tour (WPT), one of the evergreen poker brands across the world has just concluded its series in Venetian in Las Vegas. The 2019 WPT Venetian ran for the first time between 22-26 March 2019 and the highlight of the series was the $3,500 Main Event which concluded on the last day of the series.

The tournament attracted a total of 734 entries to the live felts and topping this field was USA’s Ben Palmer who ended the day by earning $431,655 (~INR 2.97 Crores) as the first-place cash prize. He also won the Baccarat Crystal Tournament of Champions ticket worth $15,000 which will be hosted later in the year.

35-year old Palmer later commented to the press “[This win] means a lot. It’s one of the casinos in Vegas I play at the most.” Before this win, Palmer had a little over $2.3 million with his best live score of $189,975 coming from shipping the 2008 Festa Al Lago Classic Main Event. His other achievements include finishing 3rd in an event in 2013 WSOP for $185,426. He also finished 2nd in the 2018 WSOP Circuit Planet Hollywood ME for a good sum.

Day 4, the final day of the ME, saw 9 players returning to action with Palmer already in the lead. The Final Table of 6 was set when the 3 players Sean Yu, Jay Farber and Skip Wilson busted at 9th, 8th and 7th positions respectively.

At hand 268 of the game, Palmer had a sizeable lead and was looking to deal the final blow to his heads-up opponent Tony Gargano. Gargano jammed with Ace-four and Palmer called with Queen-ten suited. Palmer ended by making two pair on the board and swept the table clean of chips. Gargano settled for $277,760 as runner-up cash prize.