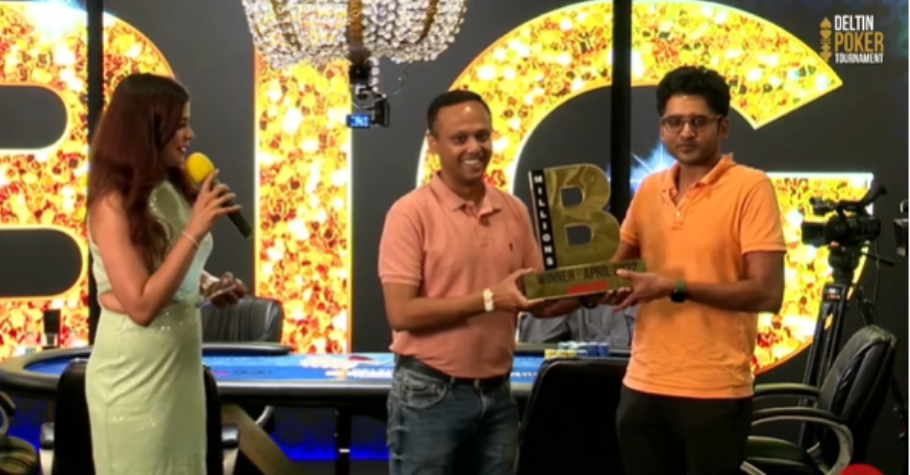 
The Big Millions event at the Deltin Royale casino has finally concluded after several starting flights and some action-packed rounds. Avinash Koneru aka ‘avinkon’ has shipped the event for a gigantic sum of ₹31, 63,652. The runner-up grabbed a pay cheque of ₹22,72,880.

Koneru qualified via a satellite tournament and eventually won the title. He played the satellite event for a buy-in of ₹1,100 and went on to grab the lion’s share of the mammoth  ₹2 Crore prize pool. The top 197 players in the tournament will be paid. 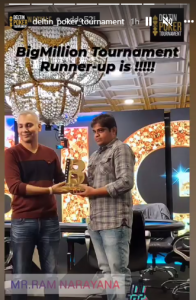 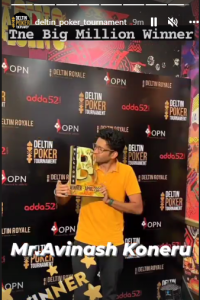 Avinash Koneru with his trophy 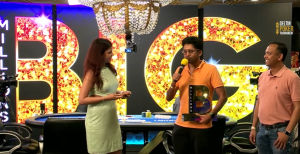 The tourney was hosted on the virtual felts of Adda52 between 7th April to 10th April 2022. A total of 227 players made their way to Day 2 held on 10th April 2022. After the entry field condensed down to the top eight finalists, the tournament was paused. The event resumed today on the live felts of Deltin Royale, Goa. The eight final table players were Vivek Singh aka ‘void191,’ Rishabh Sharma aka ‘nerfhitler,’ Himanshu Arora aka ‘pirateking7,’ Mohit Bohra ‘FloatingMonkey,’ Vishal Bajaj aka ‘GigaaBet’ and poker coach Kanishka Samant aka ‘kanishka27.’

Koneru entered the final table with a stack of 4,767,915, which was the third highest stack on the final table of eight. Arora busted at the third spot for ₹16,34,220 leaving Narayana and Koneru for a heads-up battle. The two finalists struck a deal but continued to play for the title. Finally, Koneru gloriously lifted the coveted Big Millions title and the shiny winner’s trophy.

The day also witnessed another spectacular event coming to an end, the ₹15 Lakh freeroll. This freeroll event was shipped by online reg Anant Purohit. 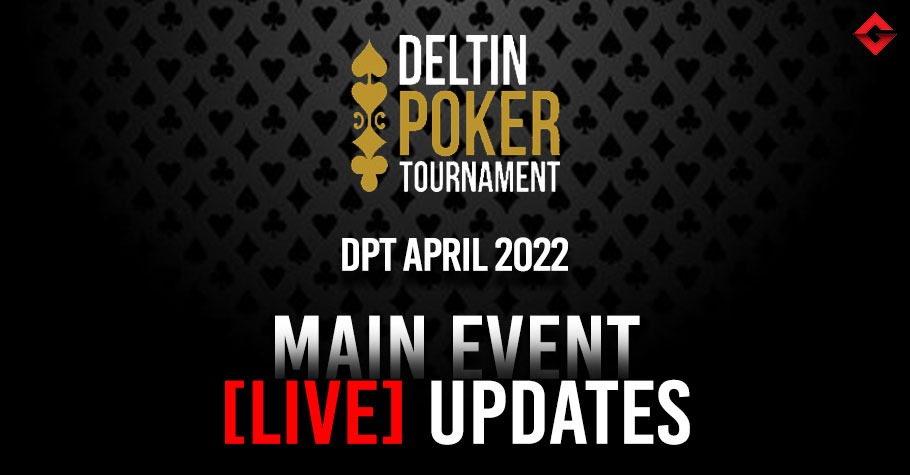 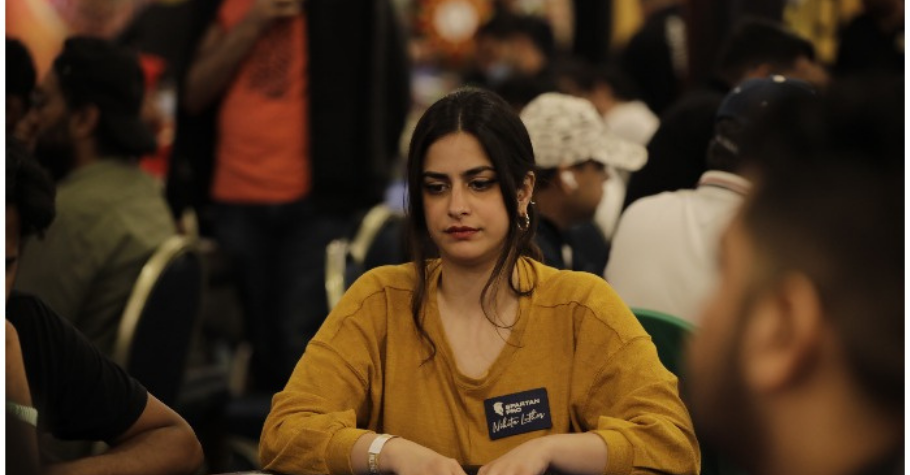 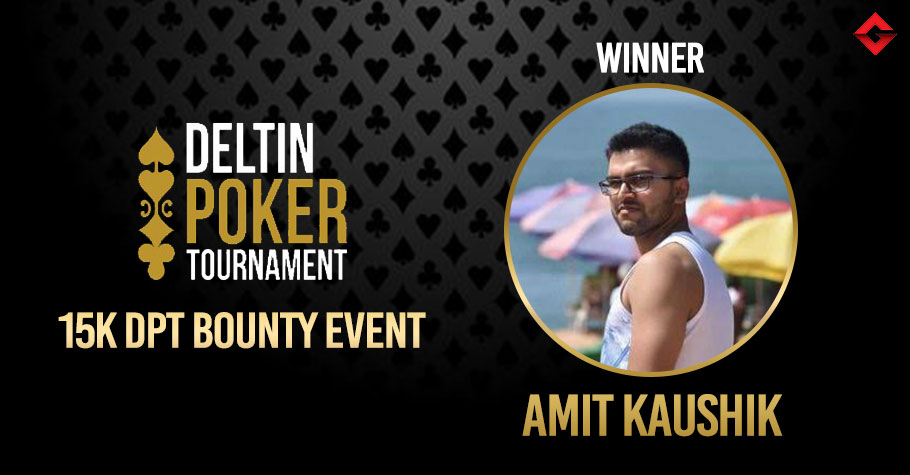