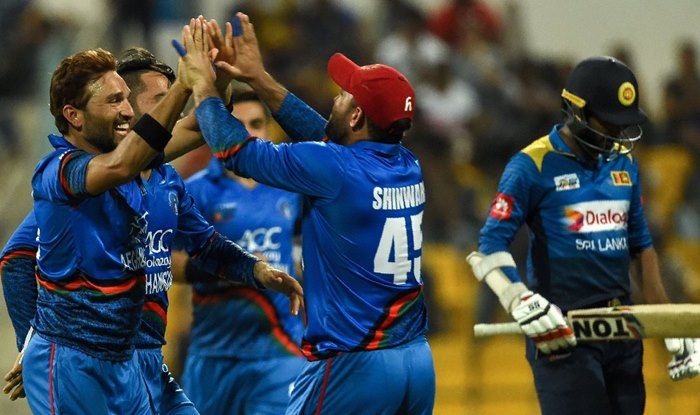 
After a disastrous performance in the opening game of this year’s Asia Cup against Bangladesh which the lost by 137 runs, yesterday’s game was a must win game for Sri Lanka but another loss at the hands of Afghanistan knocked them out of the tournament. In what looked like an abject surrender, Sri Lanka lost their must win game by 91 runs.

After winning the toss, Afghanistan skipper Asghar Afghan opted to bat, and his side managed to rack up a total of 249 runs before getting all out on the last ball of the first innings. The openers, Mohammad Shahzad (34) and Ihsanullah Janat (45), gave their side the boost they needed before both lost their wickets at the hands of Akila Dananjaya.

After two successful wickets it seemed like Sri Lanka got the upper hand but soon that glass shattered as Rahmat Shah and Hasmatullah Shahidi racked up an 80-run partnership for the 4th wicket but they too lost their wickets. By the end of the innings Thisara Perera managed to get five wickets by sticking to a perfect combination of yorkers and slower ones.

Sri Lankan opener Kusal Mendis got out for his second consecutive duck of the tournament on the second ball of the first over. Dhananjaya de Silva and Upul Tharanga were the two men on the crease as they managed a partnership of 50 runs before de Silva was hilariously run out in the 14th over. Next to fall was Tharanga as he was bowled by Rashid Khan in his very first over and Sri Lanka were robbed of any chance of recovery.

At 88 for 4 with the required rate threatening to touch six an over, it looked all so familiar for Sri Lanka as they have found themselves on a banana peel far too often in the limited-overs format for the last couple of years. After this Afghanistan cruised to victory with regular wickets and another run out – that of Shehan Jayasuriya.

Rahmat Shah was awarded the Man of The Match and he said, “Wicket was very good to bat. Captain and coach gave me the plan to play straight. This match was very important for us. Very happy to be Man of the Match.” Keep reading GutshotMagazine.com for more updates from the 2018 Asia Cup.