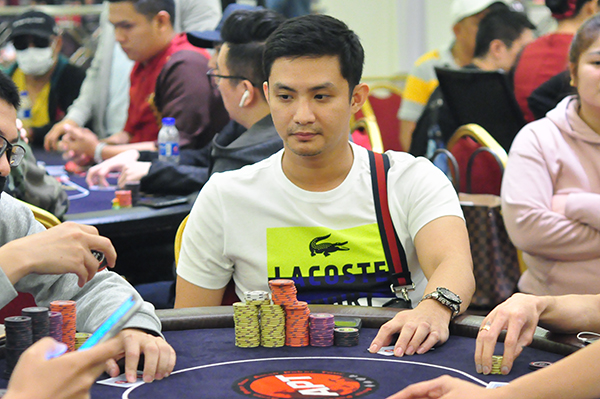 
Resorts World Manila was literally filled to capacity yesterday during the Asian Poker Tour (APT) series in Philippines. The Championships Event Day 1B was scheduled and a total of 179 runners were part of the competition, from which 100 survivors went through after 8 levels of action.

Yesterday, we reported Day 1A of the tournament, where 49 survivors went through including one Indian in Yasheel Doddanavar, who had the third largest stack. Day 1B was pretty similar with one Indian progressing in Amanpreet Singh, who finished just outside the top 10 stacks with 153,300 chips.

It has been a good series for Philippines so far and once again, local player Ivan Tabucal progressed with the chip lead, holding a massive stack of 323,700 chips. Going into Day 2 with a total of 149 survivors, Tabucal will hold the overall lead as well, when players resume today at 1pm local time.

Tabucal is a Filipino player who has just recorded a few cashes around the country, his best cash coming for finishing 2nd in an APT Cebu High Roller in 2012 – PHP 733,000. If he continues the way he played yesterday, he could very well set a new best live cash for himself.

Action begins at Level 9 and registration will stay open till the start of Level 10. The current average stack is of 92,658 and both our Indian players are above this average. For more updates on the PHP 10 million GTD Championships Event and other worldwide poker tournaments, keep following GutshotMagazine.com.