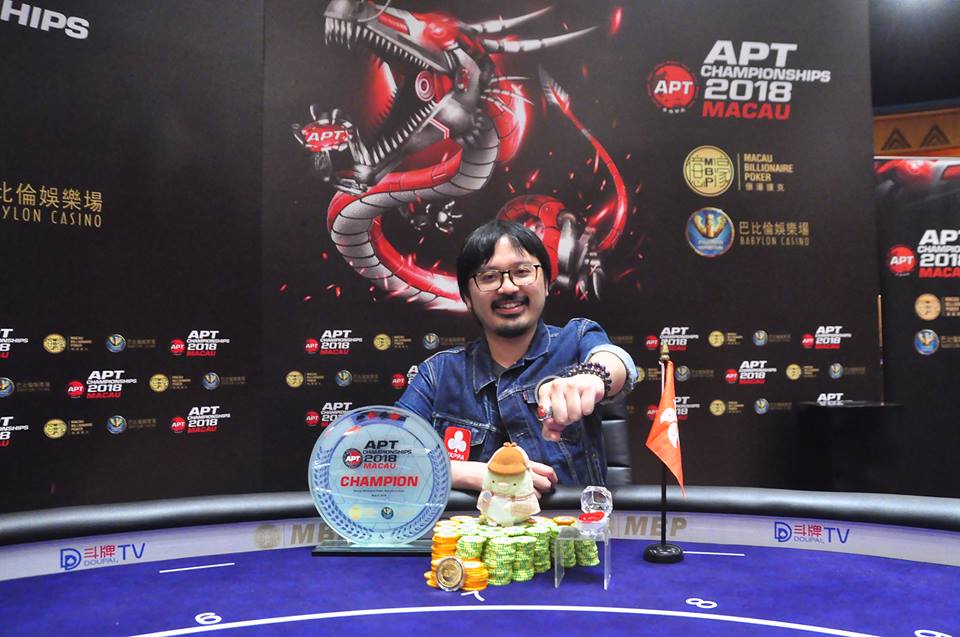 Coming back to the Championships Event, this was the second featured tournament of the series along with the Main Event. A total of 108 players entered the Championships which had a buy-in of HKD 22,000 buy-in. The eventual prize pool ended up being HK$ 2,095,200. The big field of players in this Championships event saw plenty of regs and pros from the Asian region which included Yuri Ishida, Andy Ying Kit Chan, Masato Yokosawa, and Victor Chong.

At heads up, with Cheung was ahead in chips against heads-up opponent Malaysia’s Victor Chong by a very small margin, the players struck an ICM deal and Cheung was then crowned the APT Championships Event winner.