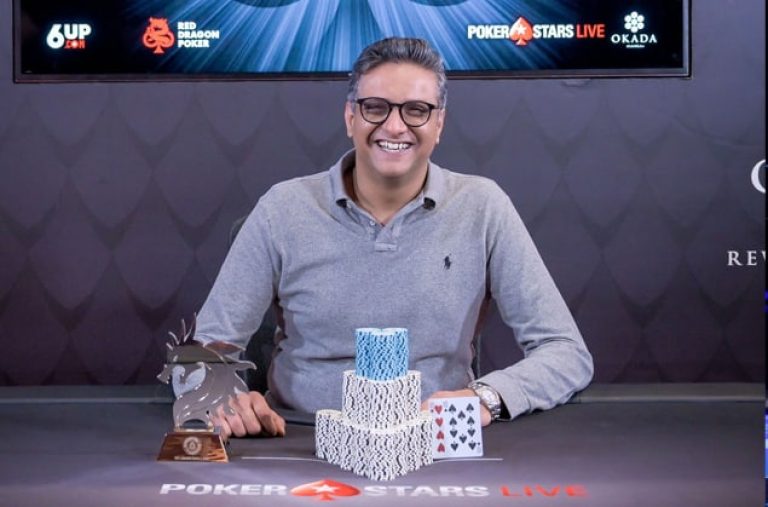 
PokerStars LIVE Red Dragon has always been one of the most popular poker stops and the latest one was at Manila where a decent Indian contingent was also in attendance. In fact, the series kicked off on a great note for Team India when Sahil Agarwal topped a tough field to win the Opening Event.

There were a few deep runs in the Main Event too, while the latest tournament to come to an end in Okada Manila was the PHP 250,000 Red Dragon High Roller. It began well and it ended well for India too, as Ankit Ahuja championed a field of 101 entries to take down the tournament and pocket an outstanding prize of PHP 6,112,000 (~INR 85.82 Lakh).

After the victory, the 33-year old said, “This is the first tournament I’ve ever won where I’ve fired more than one bullet – I busted my first pretty early and decided to give it another go. It’s just as well I’ve won really as I missed my flight by making Day 2 yesterday.” He plans on coming to India to meet his family and might even play a tournament series in India soon.

It wasn’t an easy ride and facing Natalie Teh in heads-up wouldn’t have been easy either, as the pro is a known figure in the Asian circuit for quite a few years now. However, her A4 against Ahuja’s pocket Tens wasn’t enough in what turned out to be the final hand of the tournament in Okada Manila!

For more updates on poker from Asia and around the world, make sure you stay tuned to GutshotMagazine.com.