On Tuesday, the Andhra Pradesh Legislative Assemble passed by voice vote the AP Gaming (Amendment) Bill 2020 banning online games in the state as a few youngsters committed suicide in recent days as they were pushed into debts by playing online games. 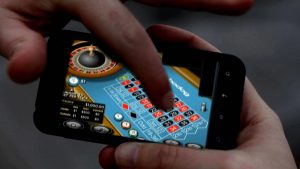 Home Minister, M Sucharita, said the AP Gaming Act, 1974 was being amended to bring online gaming into its purview. Explaining the objective behind amending the gaming law, the Home Minister pointed out that online gambling could lead to criminal behaviour in the society and increase the number of crimes like money laundering and fraud. She further added, “Many internet websites which claim to provide gambling services are not authentic and there are no regulatory measures to check the legitimacy of these sites. That makes it really easy for these sites to defraud the customers and it also raises a lot of security and privacy issues.”

It was also rumoured that Andhra Pradesh government was planning to have floating casinos on the coast of Vizag but that was put off as the state government denied them as rumours. Andhra Pradesh, Telangana and Tamil Nadu have finally imposed a ban on online gambling. It was also speculated that Karnataka will also be ruling a ban but there have been no leads so far. To know more about the ban in Andhra Pradesh and other states, keep reading GutshotMagazine.com.