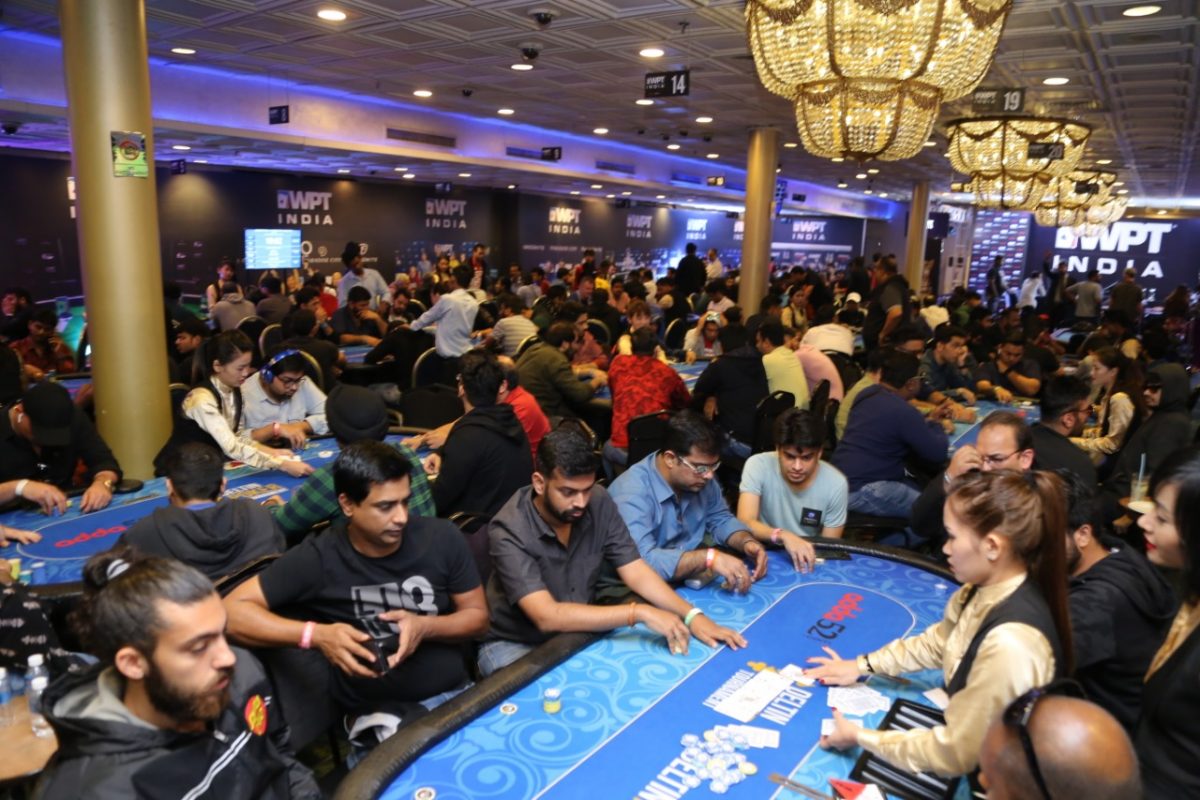 
The World Poker Tour (WPT) is one of the biggest global names in poker and they’re currently hosting an event at the Deltin Royale in Goa called the 2018 WPT India. This is their second stop in India after a successful series last year and so far, two out of the eight scheduled events have come to an end.

Yesterday, two tournaments were running simultaneously on board the Deltin Royale, including the INR 35k Superstack Event and the INR 25k Big Bounty Event. The Superstack Event resumed Day 2 with 27 players still in contention and eventually, it was Abhishek Jalan who emerged victorious from a field of over 200 entries, winning INR 17.29 lakh in prize money.

The Big Bounty Event commenced later in the day with plenty of notables in attendance, including Adda52 Celebrity Pro Minissha Lamba, Adda52 Team Pros Amit Jain and Kunal Patni, Vikram Kumar, Zarvan Tumboli who recently shipped the BSS SuperStack on PokerBaazi, Jasven Saigal and many others.

Eventually, a field of 276 entries registered to the tournament (last year had 128 entries) and by the time the registration period ended by Level 8 (Blinds 500-1000-1000), the prize pool and money pay-outs were calculated. The tournament collected a massive amount of INR 34,88,640 towards the prize pool, and it was to be shared by the eventual top 35 places, with a minimum cash prize of 25,000 (same as buy-in).

As for the winner, INR 7,80,000 has been kept aside and while it will be the smallest winning amount in the tournament so far, this is still a very handsome pay-out. Also, in addition to tournament winnings, each player will also win bounties worth INR 11,000 for each person they eliminate from the tournament. 108 players were left when the registration period ended and by the end of Day 1 of the 2-day tournament, 21 players remain.

When they hit the felts later today at 1:30pm for Day 2, the pay-outs will continue at INR 38,500 for 21st place. Currently, Alok Birewar is in the lead with a stack of 369,000 chips and close behind him is Arjun Agarwal with 336,000 chips. Gutshot caught up with Birewar just in time as he was getting prepared for the action on Day 2 to begin. He seemed to have an optimistic approach as he said, “I just hope that I play well, run good and win it.” 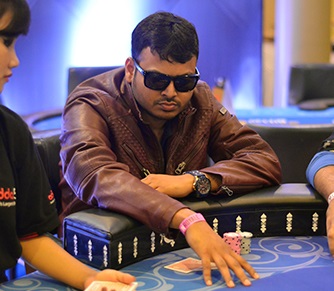 Other known names in the mix include Tathagata Sengupta (133k), Rajnish Kumar (305k), Vinay B (206k), Zarvan Tumboli (284k), Sanjay Taneja (156k), and Abhishek Rathod (100k). Birewar will be looking to continue the dominance over these players later today and remember, he loves playing at the Deltin Royale, also winning February DPT’s 65k High Roller for over INR 17 lakh in prize money.

Keep reading GutshotMagazine.com for more updates on this tournament at the 2018 WPT India series, as well as the 55k Main Event which begins at 3pm today.