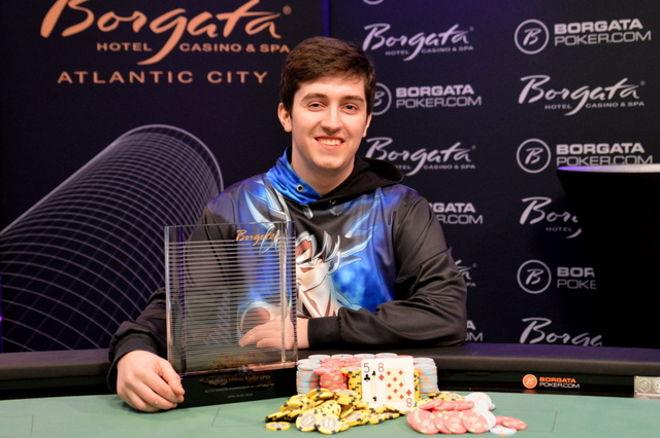 
The Main Event of the Borgata Spring Poker Open was scheduled to take place between 22nd and 26th April, at the Borgata Hotel & Casino in Atlantic City, New Jersey. It was a $2,700 buy-in event that attracted a total of 519 entries which generated a total prize pool of $1,297,500, beating the original guarantee of $1 million.

Topping that massive field and taking home the biggest share of the prize pool was USA’s Almedin Imsirovic, who took home $246,066 for first-place. This was his third live poker title but his highest ever live cash, beating $160,050 he earned for shipping a PCA event earlier this year. His career earnings have now reached nearly $700k, even though he has been around the circuit for just over a year.

The top 54 players were paid out with a minimum cash prize of $5,034, and the final six returned to play on the fifth and final day of the Championship Event. Imsirovic eventually reached heads up with Colombia’s Farid Jattin and interestingly, both these players bought directly in to Day 2 of the event.

The two chopped a heads-up deal immediately, taking away almost similar cash prizes, while Imsirovic went on to win all the remaining chips and take home the title. Jattin was the more experienced of the two, with over $2.5 million in live cashes but this turned out to be his biggest win as well.

In the final hand, the two went all-in and Imsirovic’s 8-5 became trip fives on the river, which turned out to be too good for Jattin’s K-10, which had flopped a pair of tens. Check out the Borgata Spring Open Main Event Final 6 payouts:

Keep reading GutshotMagazine.com for latest updates on poker tournament wins from across the world.