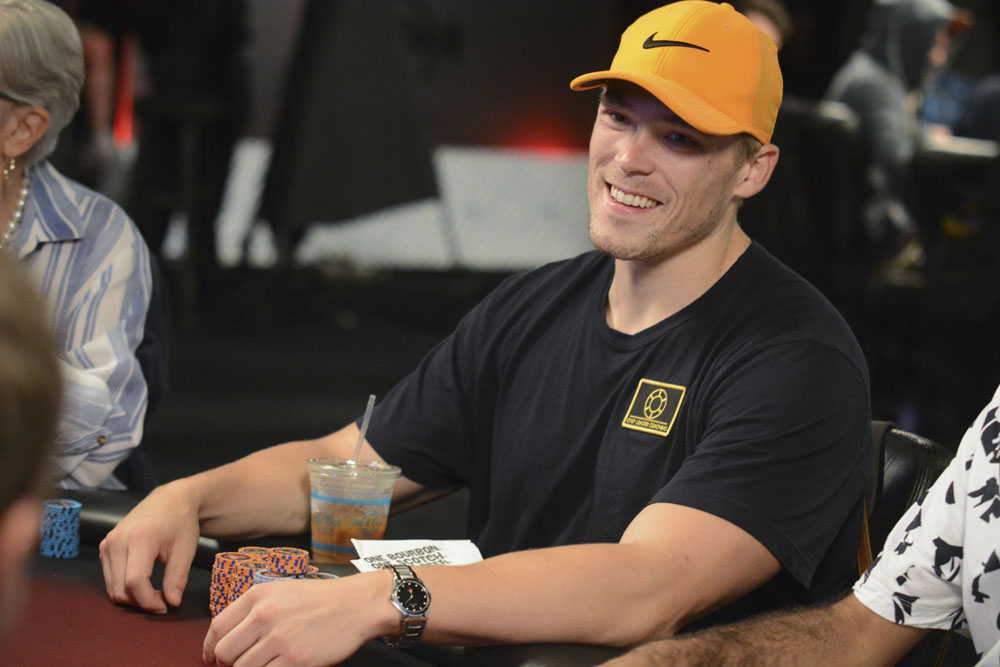 
The Global Player Index (GPI) is an annual ranking of live poker tournament players worldwide. GPI ranks players on a weekly basis, considering the positions of players finishing in qualifying tournaments which occurred in the past 36 months, with qualifying tournaments being the ones where 32+ players have played and the minimum buy-in is $1.

The last week of the year 2018, saw New Yorker Alex Foxen finishing 1st in the GPI with 4,095 GPI points, earning the title of 2018 GPI Player of the Year (POY) for this. At the start of November 2018, Foxen, took the lead away from the then top player and English pro Stephen Chidwick and sustained his position till date. Foxen’s runner-up finish in the Super High Roller Bowl is the major reason for his overtake. He made his biggest live earnings at this, taking home $2,160,000 as 2nd place cash prize at ARIA, Vegas.

What doubles the celebration for Foxen is that his girlfriend and well-known American pro Kristen Bicknell also finished 1st in the GPI Female POY rankings of 2018, defending her crown, having ranked 1st in the GPI 2017 Female Player of the Year race as well.

Foxen earned a staggering $6.6 million in tournaments during 2018 and brought his total career earnings to over $8.8 million. Out of his 24 recorded cashes for 2018, he made 18 final table finishes and earned five wins, with his second largest earnings of $963,000 for shipping the APPT Super High Roller back in March 2018. 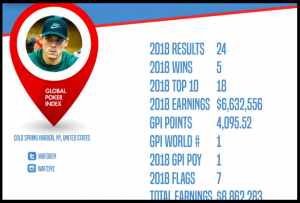 The 2018 GPI Player of the Year Asia went to the Natural8 Team Hot member and well-accomplished pro Michael Soyza. He hails from Malaysia and has over $3.5 million in total recorded live earnings till date. He earned his largest cash in 2018 itself, finishing 3rd for $592,594 at the WSOPE Leon’s High Roller event in October. Meanwhile, the 2018 European PoY award saw Stephen Chidwick topping it with 3,602 points.