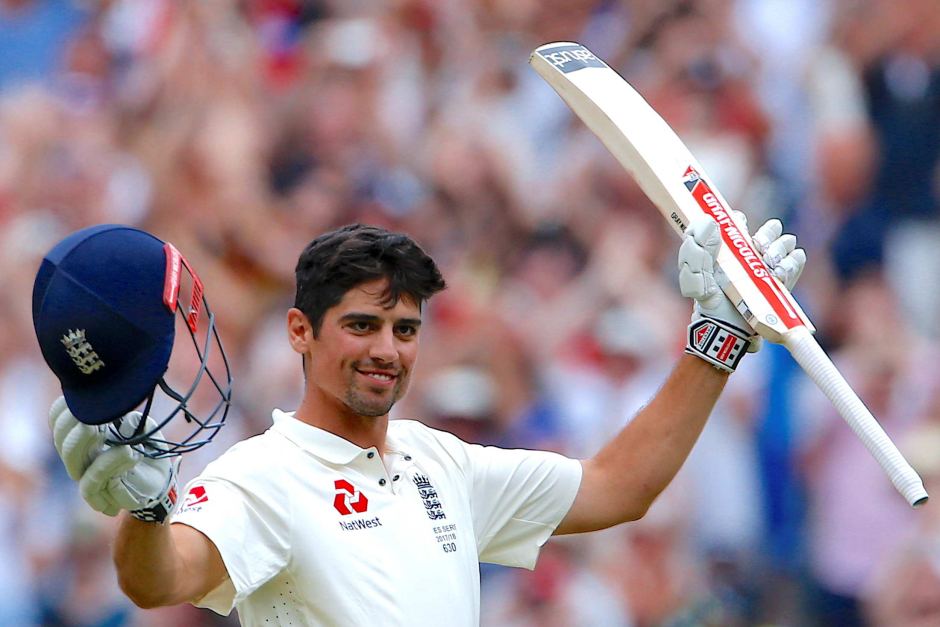 This week’s 5th test at the Oval will be his 161th and last match in the prestigious England shirt after a glorious 12-year career. During the fourth Test, Cook had told those closest to him in the England set up about his decision to retire, before announcing it to the whole squad in an emotional speech in the dressing room at the Ageas Bowl on Sunday night as the players celebrated a series-winning victory over India. The 33-year-old Essex left-handed batsmen, after his debut back in March 2006 against India, has scored 12,254 runs for England at an average of 44.88 in 160 matches, scoring a total of 56 half centuries and 32 tons. His highest individual score of 294 also came against India in 2011.

When asked about his sudden decision, Cook said, “After much thought and deliberation over the last few months I have decided to announce my retirement from international cricket at the end of this Test series against India,” he also said, “Although it is a sad day, I can do so with a big smile on my face knowing I have given everything and there is nothing left in the tank. I have achieved more than I could have ever imagined and feel very privileged to have played for such a long time alongside some of the greats of the English game. The thought of not sharing the dressing room, again, with some of my team-mates was the hardest part of my decision, but I know the timing is right. I have loved cricket my whole life from playing in the garden as a child and will never underestimate how special it is to pull on an England shirt. So, I know it is the right time to give the next generation of young cricketers their turn to entertain us and feel the immense pride that comes with representing your country.”

England have spent six years failing to find a partner for Alastair Cook but will now have to replace him as well, with Joe Denly likely to be the first player given the chance to take his place at the top of the order. Having troubles already with finding Cook and opening partner after Strauss retired, we think it is overall a bad decision by Cook to leave his country without any formidable replacement as, despite his recent bad run, Cook is the most dependable opener English cricket has seen in a long time and hopefully it’s not downward for the England Cricket Team.

It is no doubt that Alastair Cook is and will always be a legend in the history of English cricket with all that he has achieved and obviously other legends from the pantheon of English cricket have taken the chance to hail the batsman’s achievements.