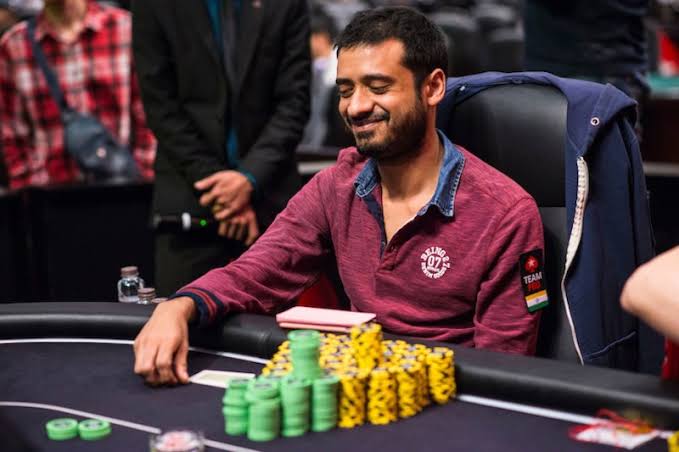 
If the poker community in our country was Team India, Aditya Agarwal would be the Sachin Tendulkar of this community. Often looked up on as one of the leading lights of Indian poker, he’s easily one of the best poker minds in the country, one who has been associated with the game since much over a decade.

His first recorded live cash at the World Series of Poker (WSOP) was way back in 2007 when most of the Indian poker community probably didn’t even know about this prestigious annual poker event. In a latest development, the star poker player has decided to part ways with PokerStars India, a brand he has been associated with since 5+ years!

He was the only Indian PokerStars ambassador for a few years before others like Muskan Sethi, Sharad Rao and Nawazzudin Siddiqui joined in after PokerStars began operations in India in 2018. Aditya ‘Intervention’ Agarwal has enjoyed a fruitful partnership with this global brand over the years, but he took to social media earlier today to announce his decision of parting ways!

Since the last couple of years, a number of global poker pros have split with PokerStars and this is the first time an Indian ambassador has ended a relationship with the industry leader. Agarwal posted to both his Facebook as well as Twitter accounts just a couple of hours back and has already received tons of comments with the community showering him with luck for future endeavours.

Agarwal has $1.1+ million in live cashes and is the current leader among Indian players. In recent times, he has taken up coaching and training, with several young and upcoming players crediting Intervention for their successes. Some of his career highlights include top 100 finishes in the WSOP Main Event in 2008 and 2015, as well as a live best of $242,211 for a runner-up finish in Macau!

We don’t know what Agarwal has planned but we can guess that he will look at furthering his training and other developmental activities with the PokerGuru Stable now. About this development, he said, “I am really looking forward to getting on the grind and playing across all sites.” For all updates on this story as well as other news from the poker industry, stay tuned to GutshotMagazine.com.