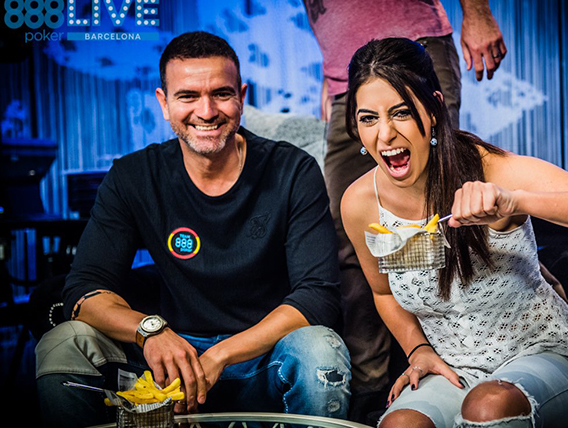 
He may not have gone the distance in 2016 but in recent news it was reported that former November Niner Fernando Pons has scored himself a sponsorship with 888Poker. The 39 year Spaniard will join the likes of 2014 WSOP Main Event winner Martin Jacobson, Dominik Nitsche and Chris Moorman on the 888poker Team.

It was back in 2016 that Pons became famous in the poker world when he made the final table of the WSOP Main Event. Given that he was on a pretty short stack it would have taken a miracle for him to have gone deeper than he did. There must have been more than a little heartbreak when he was indeed the first to bust out of that final table in 9th place. More so attributed to the fact that there was a delay of several months from July when he made that final to November when the winner was crowned. The November Niner concept has been done away with this year as the WSOP which is currently underway in Las Vegas will definitely crown a World Champion this July itself.

It will be a bit of a homecoming for Pons as he had qualified for the 2016 WSOP Main Event by playing online at 888Poker and scoring a seat from there. He also wore a 888 patch during his ninth-place finish in that Main Event. And he made a cool million dollars with that finish of his

Pons had picked up the game only 5 years prior to his WSOP final table appearance and then called him a recreational player, who combined his passion for poker with a full-time job as manager in a retail corporation. From someone who used to play about three-to-five live tournaments per year, to becoming a full time professional was a big change in his life after that Main Event in 2016. “I’m very happy to represent 888 Poker here in Spain, I am really glad that they have chosen me as their ambassador. I was happy when I wore their patch back then in 2016 and I never imagined that one day I will be an ambassador for 888,” said the Spaniard in an interview.

Pons joins World Series of Poker Europe (WSOPE) Main Event winner, Marti Roca, another new edition to the 888 team to promote the game in Spain considering the new European Shared Liquidity Market. We are sure that he will not be the only sign up in the coming months for 888. Stay tuned to GutshotMagazine.com for more updates from the world of poker!