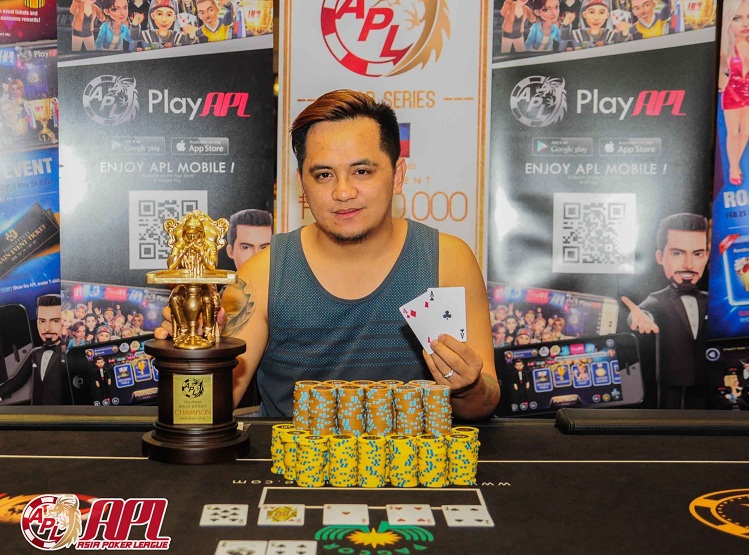 
The inaugural edition of the APL Road Series Vol.1 Philippines kicked off on 24th February and concluded on 1st March 2018. After 6 days of Main Event action, a winner was finally crowned at the Royce Hotel & Casino in Pampanga, Philippines – local poker pro Lester Edoc.

Players were thrilled to be a part of this Asia Poker League event and a total of 6 Indians were also a part of the proceedings there. A total of 276 entries were recorded and 3 Indian players managed to make it to the money, with Niwesh Sharma narrowly missing a cash prize.

Edoc managed to maintain a good chip stack and finally went into heads up against Harold McDonald with a massive stack of 6 million, while McDonald had a little less than a million in chips. In what would become the final hand, Edoc held A-4 while McDonald had A-6. The board opened A-4-4-Q-8 and gave Edoc a full house, which secured him the top prize of ?1,478,800 (~18.5 lakhs).

Final Table Results (All values in ?):

Keep reading GutshotMagazine.com for similar reports of poker tournaments from across the globe. Don’t forget to leave your comments as well.