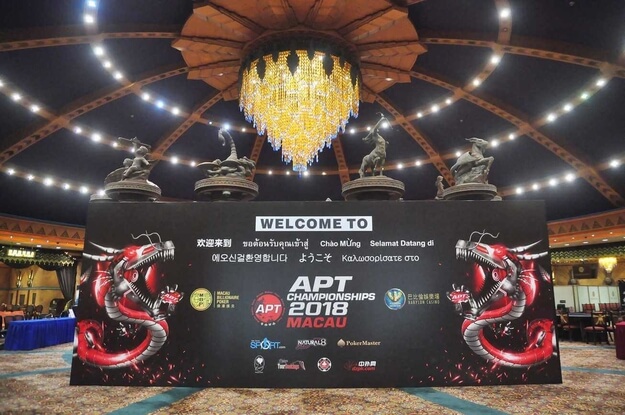 
The Asian Poker Tour (APT) is one of the biggest brands when it comes to the game of poker in Asia. They’re constantly expanding their reach in Asia and offering players the chance to prove themselves on a big stage, while also allowing them the chance to win good amounts of money.

The Macau Billionaire poker room, where most of the major Macau poker tournaments series are held, has recently released a statement announcing that the upcoming 2018 APT Macau live poker tournament series has been postponed. The original dates of the series were between 29 August and 5 September 2018 and this has now been pushed further away.

They released a statement a couple of days back, following which the APT website also posted about the same. Here’s an excerpt from that statement:

“During the APT Macau August submission process, the associated regulatory departments have begun to draft new measures to govern and regulate upcoming/future tournaments. Hence, we must delay the event pending revised regulations to be established before announcing this event. Thank you all for understanding.”

While an exact reason has not been mentioned for the postponement, one can imagine that it has something to do with the recent crackdown on poker in China. The country has banned all forms of online poker, which has also prompted a change in regulations for live poker in the country.

The new dates have not been announced as yet and will be on hold until a further announcement from APT or the Macau Billionaire Poker Room. This year, we’re expecting record Indian participation at the series, with APT recently partnering with Baadshah Gaming to host satellite events (both live and online) for Indian players to win APT package trips.

Keep reading GutshotMagazine.com to know the revised dates of the 2018 APT Macau as soon as they are released.